Standing British treason law is based on the Treason Act 1351, the official text of which remains written in Norman French. The offences prohibited by the law include ‘When a Man doth compass or imagine the Death of our Lord the King’, ‘or if a Man do violate the King’s Companion’, ‘or be adherent to the King’s Enemies in his Realm’.

In a Britain where the Prime Minister can confidently announce the remote aerial execution of British citizens to Parliament, what determines an act of treason, who has the power to decide, and what duty does a government have to make its actions transparent? What is the modern-day relevance of a centuries-old piece of legislation which restricts our imagination? 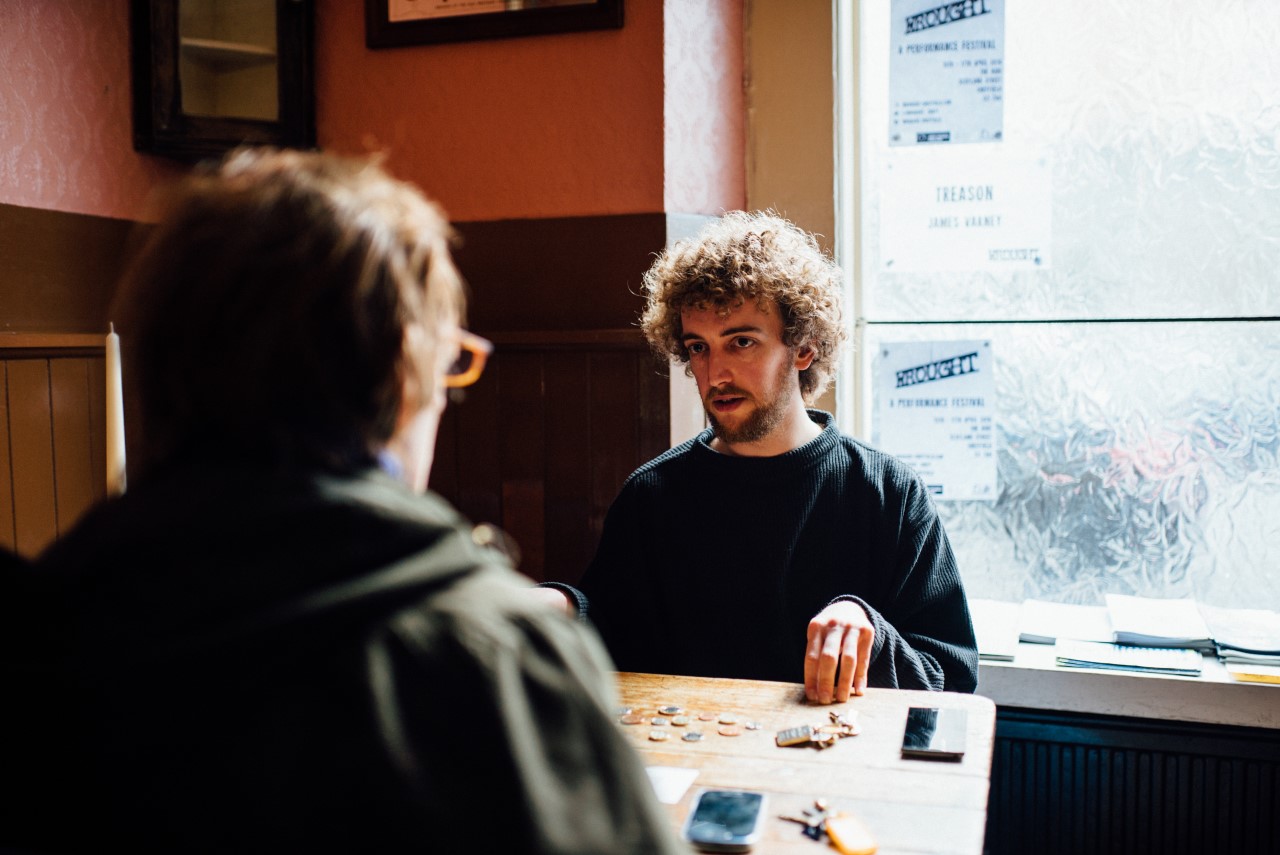 Treason is a one-to-one performance for public spaces, which raises these questions (among others). Audiences are invited to join me in a pub or café for a covert conversation, in plain sight, about how everyday actions can be read as acts of dissent. The performance lasts 20 minutes.