Round about the cauldron go;
In the poisoned entrails throw:

Macbrew is an exciting new theatre piece for families which brings together Shakespeare, British Sign Language and spoken English. Three characters based on the weird sisters of Shakespeare’s Macbeth meet in a café to recite an incantation from the play and summon the spirit of Shakespeare.

Integrated British Sign Language and Visual Vernacular make the performance accessible to both hearing and non-hearing audiences, offering an unintimidating introduction to the work of Shakespeare for family audiences. 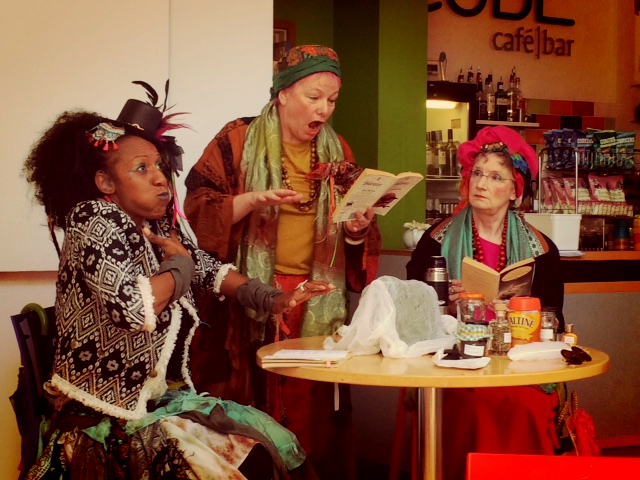 Macbrew was first performed as a series of pilot performances at Derby Festé 2015, and was performed in a later preview performance in the Cube café at Déda, Derby in August 2016. The piece is written and directed by James Varney, with mentor support provided by 1623 theatre company and Ben Spiller.

The project has been supported by Arts Council England, and Derby City Council.